We try to be effective and transparent in fullfiling our promise to donate 10% of pool rewards, but sometimes it's easier for sanctuaries to accept single donation of higher amount, rather than many small donations after each successful epoch. Therefore we decided to create a virtual treasury, where we add 10% (34₳) every epoch for future donations. All unspent ADA is stored in there and will be used to support various animal shelters in the future.

Just as our delegators come from different places of the world, so is our help going to be sent to various locations. Here is a map with facilities we supported. With the growing stake and minted blocks, we hope that many other places and projects that we supported will soon appear on it. Everything thanks to our great delegators! 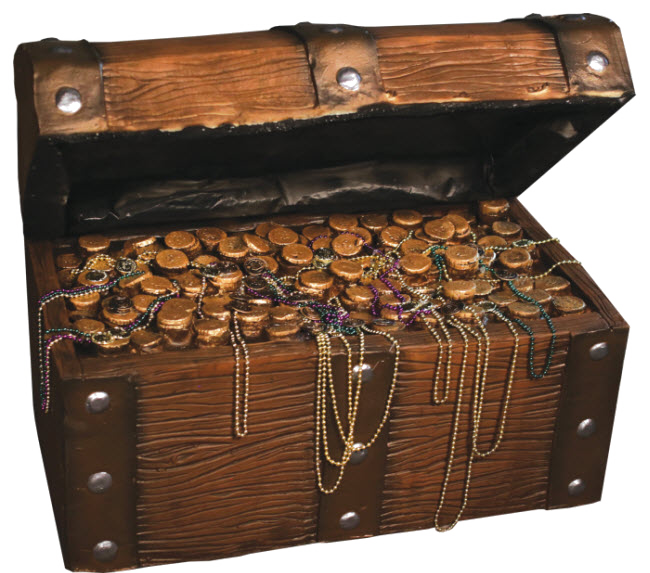 [ Epoch 282 ] Adaseal Pool has been in operation for almost half a year. There are some milestones archieved we would like to share. As of the time of writing this, we minted over 70 blocks. We got a stable base of 50 amazing delegators, thanks to whom we could donate more than 550 ₳ to various organizations worldwide. Sometimes it is hard to pick the right one to support. Our last donation was a little bit different in a way that we did not support seals, but felines in The Wild Animal Sanctuary (US). The reason was that their mission to support Wild animals is aligned with ours and that we could donate directly in ADA and thus support the Cardano environment. We are also looking for other ways, how to connect Cardano with the real life and our pool's mission. Thank you for staying with us! 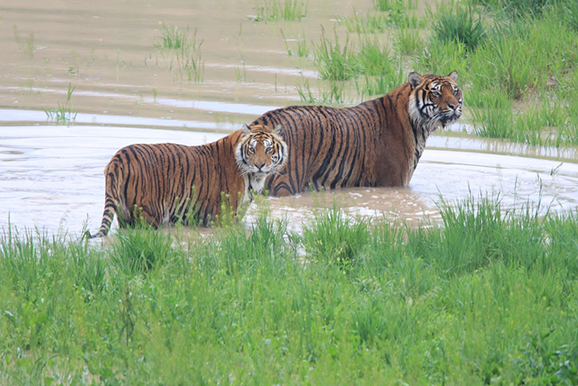 [ Epoch 267 ] Greetings to all our supporters! We know last few epochs were difficult to handle, but it seems, that bad times are finally over and we keep the direction we have set. There is also no change in our goal to support wild animals worldwide. After few donations aimed to European shelters, our gift today landed in Australia. We are happy, that we could support Marine Mammal Foundation, which does a very important job. 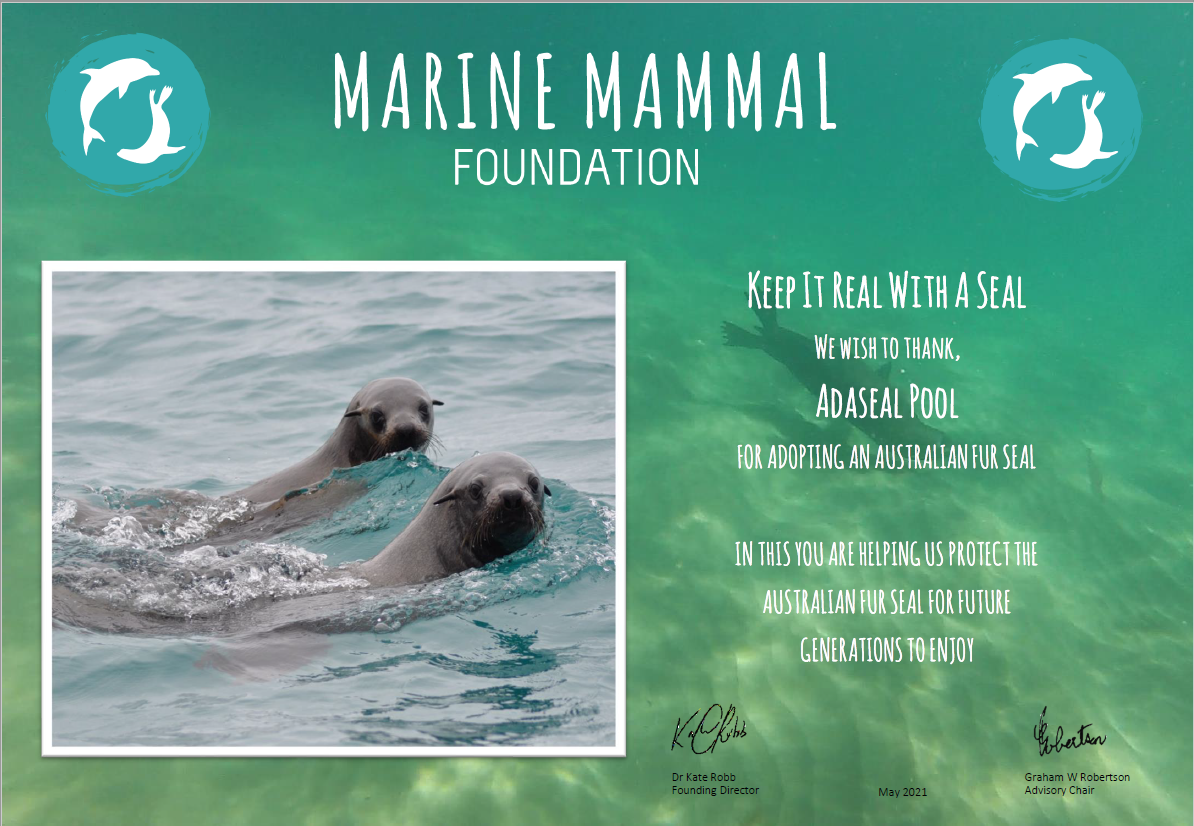 [ Epoch 265 ] This epoch we directed our interest beyond the ocean, all the way to the California. There is a huge Marine Mammal Center. We decided for one time donation of 35 USD to support whole center.

[ Epoch 263 ] Our next donation was sent to another amazing Sealcentre in Europe. The final decision went to support Zeehondencentrum Pieterburen, Netherlands. It is our modest birthday present, because this centre celebrates 50 years of existence! Congratulations on such archievement. The donated amount of 45₳ went to support seal Gromit. We wish him an early recovery and return to the wilderness, where he belongs to. 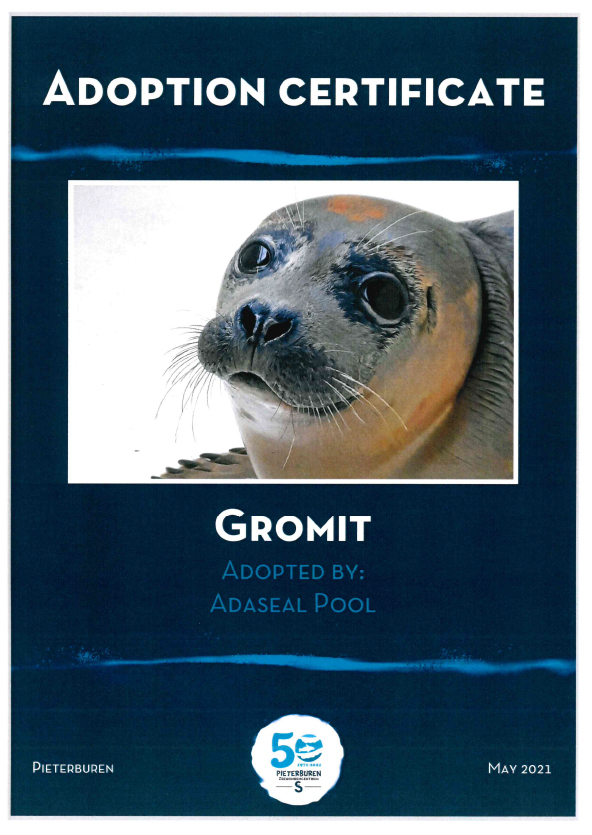 [ Epoch 262 ] This time we decided to support sanctuary Fokarium in Hel, Poland. For the first time not privately, but from pool rewards. We did not get any certificate, but we are listed on the donor list. 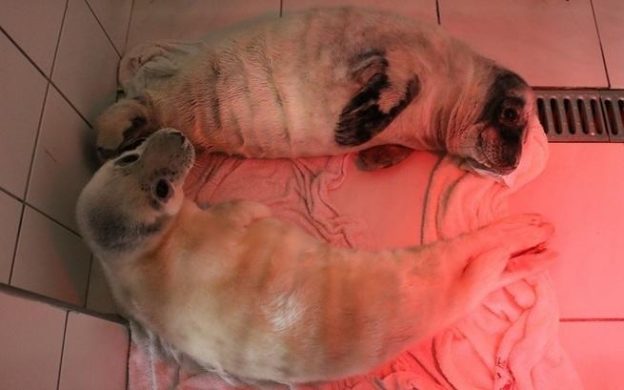 [ Epoch 260 ] Our next donation crossed borders of Europe and went directly to sunny Africa, to the Ocean Conservation Namibia. This amazing non-profit organisation primary objective is to help entangled seals and other marine animals along the Namibian coast and we are glad to support them. The organisation is also listed under Go Get Funding, where you can verify our sponsorhip in the Backers list. 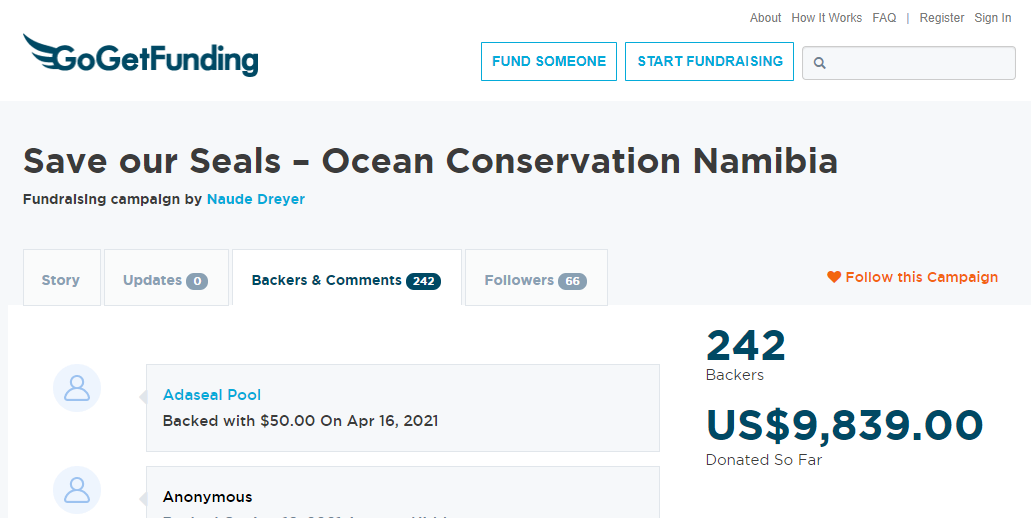 [ Epoch 258 ] This epoch reward stays in our homeland, because we decided to support Sea Lions in the Liberec ZOO, Czech Republic. This type of donation is not an adoption of any particular animal, but support of the whole breeding. The name of our pool should be installed on the table in front of the aquarium. We will definitely visit this ZOO soon and add a photo here. We are already listed on donators list here. Only in CZ version. 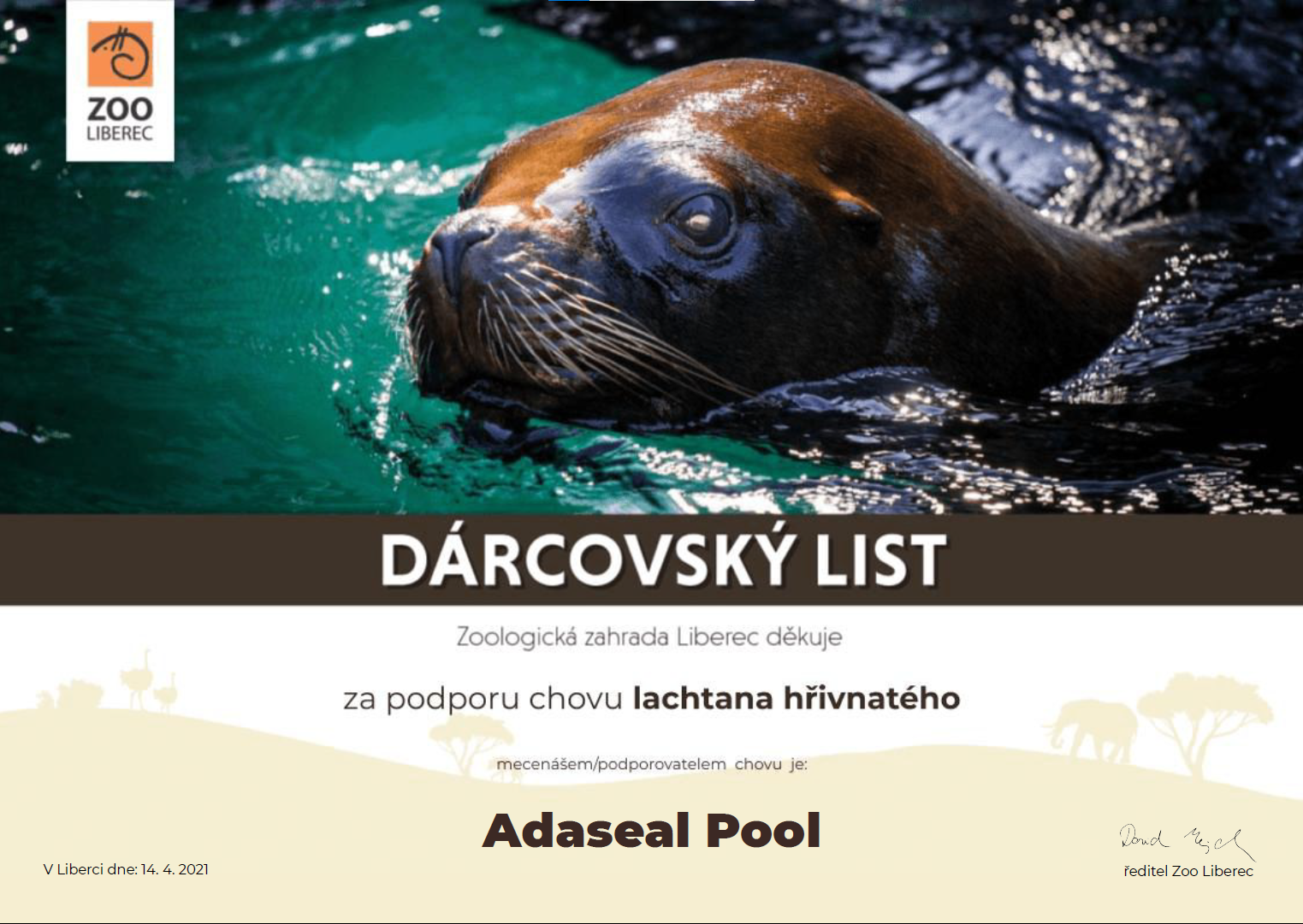 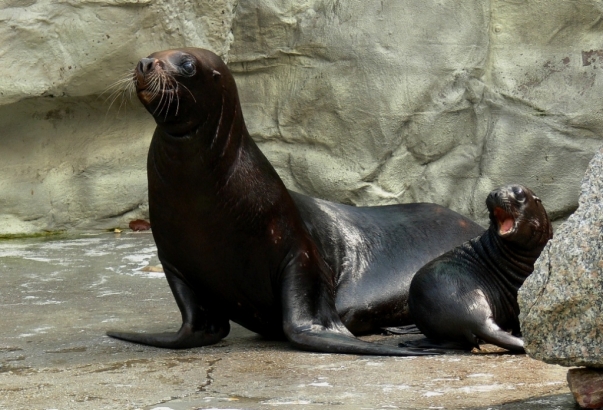 [ Epoch 256 ] With new epoch and successfully minted blocks we have promise of another reward. Our third support was sent to our favourite Seal Rescue Ireland again. Our adopted family has grown by a small Male Grey Seal pup, called Puppis. 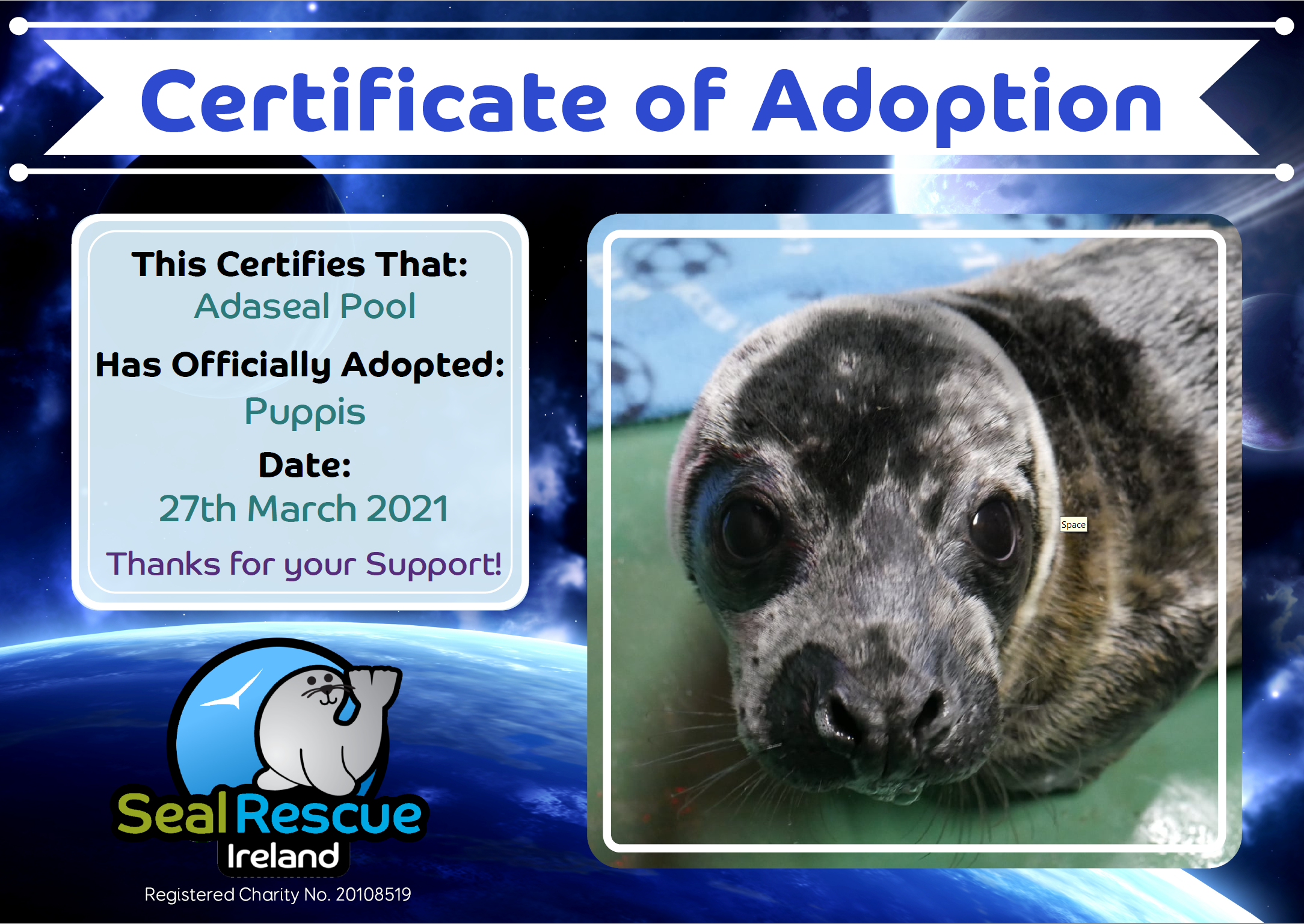 Puppis was very underweight and suffering from cough. At first he was tube-fed, but now he enjoys fish soup, salmon oil or electrolytes.

[ Epoch 254 ] We are doing our best to fulfill our promise to financially support wild animals. Next share from our pool reward was used to support Seal Rescue Ireland once more. This time we decided to adopt pup girl named Atria. We hope she will be soon in a better condition and ready to return back into the wild. 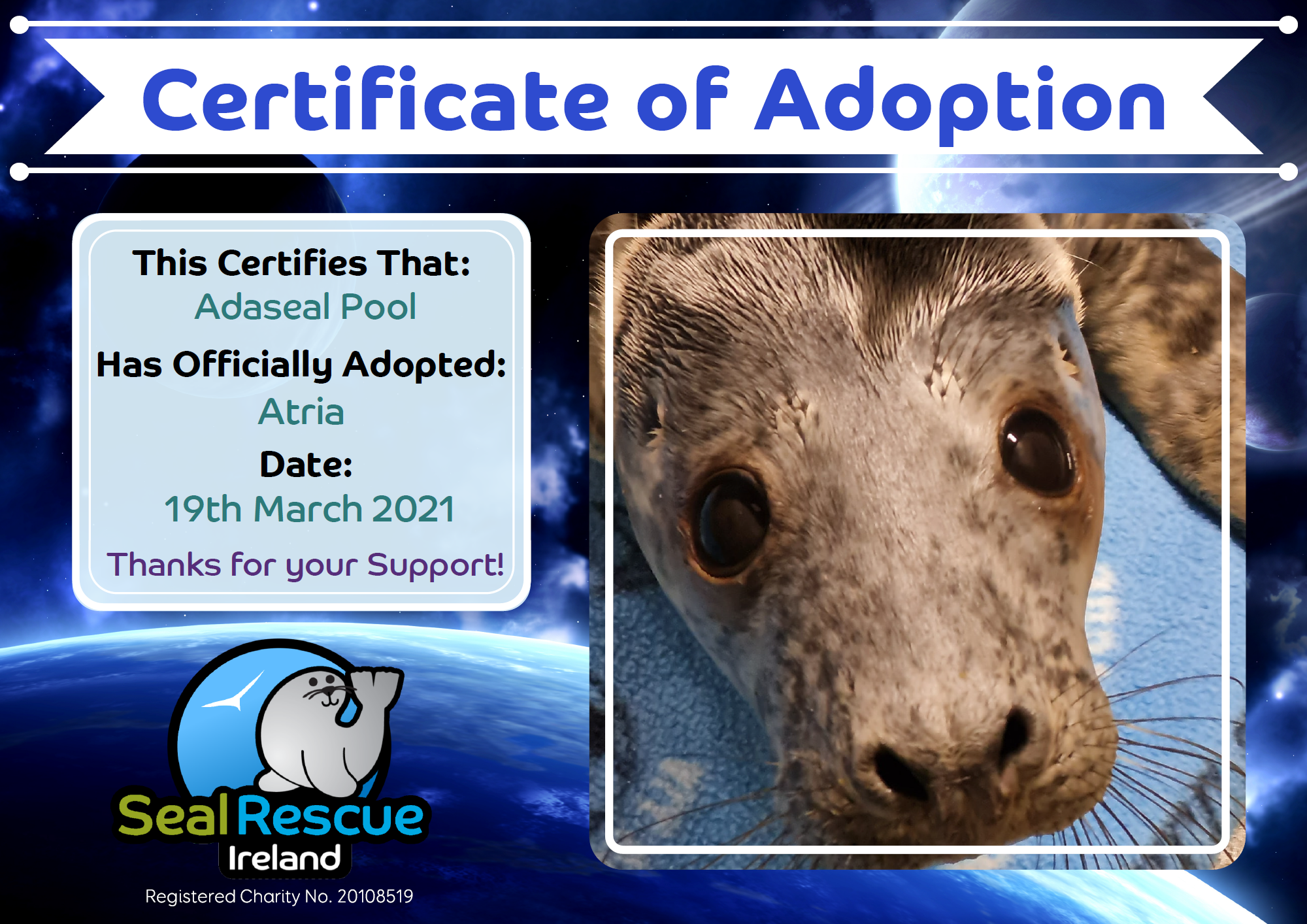 Atria was found in January on the Donegal beach. She was less than a month old, orphaned by her mother. Except underweight she was not hurt.

[ Epoch 253 ] Thanks to all our kind supporters from among the delegators we can announce a big milestone in our pool's mission. On the March 13 we successfully confirmed our first block. That also means a promise of the first reward. We decided to help already before the end of the epoch and adopted our first SEAL. His name is Gamma Ray and lives in Seal Rescue Ireland. The adoption cost was €30, (that was 33 ₳ at the time of the donation). This corresponds to our promise to donate 10% of our pool rewards, which is fixed 340 ₳ for every epoch with at least 1 confirmed block.

Before the commissioning of the Adaseal pool the owners of the pool directly supported their favourite seal sanctuary at Hel, Poland called Fokarium. Here is a link to their official websites. We would like to support them also in the future, so we are really grateful for every delegator.